You are here: Home / Archives for The signs of Alzheimers’

When Mom’s second husband passed away, there were already early signs of Alzheimer’s that I did not see. She was in her late 70’s and I wasn’t sure how well she would cope with this tragedy. Her husband had been in good health

, a slight asthmatic problem, but nothing more serious. When he suddenly collapsed after surgery, it was learned that he’d contracted an infection that held it’s own against all antibiotics. He was gone a few short days later.

Since their marriage 15 years earlier, Mom had depended on him heavily. Her marriage to my father had not ended as a happy one, so this last marriage had been a blessing. Her hubby was a take-charge guy and Mom’s lifestyle became just shy of blissful.

, health care, insurance, and even doctor’s appointments. This husband handled everything except travel plans. Mom planned their numerous trips.

throughout the East and Midwestern states, where he had 10 children of his own. Three of his daughters flew-in during his final days in the hospital and stayed to accompany me to the funeral home to make the arrangements.

Mom was sad, but did not appear to be as devastated as I had thought she might be. When my father passed away years earlier, she had been uncontrollably anguished. Their marriage

had not been a good one, yet it had lasted 40 years.

For this trip to the Funeral Home

, she was dressed and ready to accompany us early the next morning. She handed me her checkbook with instructions to “pay it all, what ever the cost.” She did not want his children to know the cost or be responsible for any portion of the bill. Mom had adequate finances, and this was to be her burden alone.

We all entered the mortuary together, Mom, me and 3 half sisters. We were taken to a small room off to the side of the chapel and  seated at a round table with blue binders in front of each blue upholstered chair.

A door to the side opened and another woman came forward with hand outstretched to greet and hug Mom as though they were nearest kinfolk. “I was so sorry to learn the news.” She patted Mom’s hand and continued to speak softly. As she consoled Mom, tears welled in her own eyes. I became uncomfortable, feeling as though I should know this woman, yet I didn’t. Another of Mom’s early signs of Alzheimer’s

“It’s just the saddest thing,” she spoke and shook her head back n forth at the same time. ” I can hardly believe it was only a year ago.”

I looked at Mom, seeking some sign of recognition. None. She sees this woman as much a stranger as I do. More early signs of Alzheimer’s that neither of us recognized.

“Last year?” I finally speak up? with a question. My curiosity has me leaning forward.

“Oh yes,” she’s nodding her head, then shaking it back and forth as she lowers her chin. “He was such a nice man. We just had the best time. Very comfortable in an uncomfortable situation. It doesn’t come easy for most of us. Making funeral arrangements is not something we want to do. It’s something we should do, but most people don’t. They leave it for their children.”  She shrugged, and continued. “If you could give me a minute, I’ll find all the paper work. It’s a fairly recent pre-plan, so it won’t take long.  The really old ones are the ones that are difficult to locate but as I said, they were in last year so… ” she offered a half smile and closed the door quietly behind her.

From what she was saying, I assumed that Mom and her husband had already visited the Funeral Home

within the last year.

“Mom,” I asked curiously… “you were here last year? Do you remember her? She seems to know you.”

“No,” Mom was adamant, shaking her head back and forth. “I’ve never seen her before. I’m sure she’s mistaken. Maybe I look like someone else, mistaken identity or something. I don’t know her, and I certainly wasn’t in a funeral home last year.” Mom was clearly agitated now, twisting the little winder on her watch. She had a strange and fearful look in her eye as though reading her watch absolutely necessary right now! 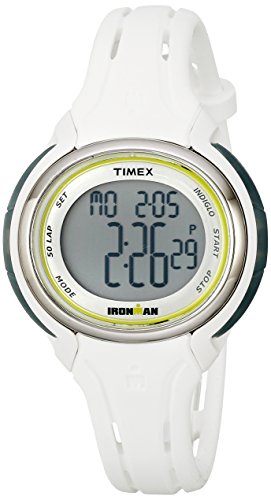 (Mom was more preoccupied with the time than what was happening in the moment.

Her watch was broken, I was certain. She had wound and unwound the small stem on her watch until it was surely broken.  Yet, held to my ear, it ticked as it always had… “tick…tick…tick.”

Now she complained that it no longer worked, no longer told her the right time of  day.

I often felt that I was as useless as that watch. Everything was confusing, a ticking clock that couldn’t tell time,  a funeral home that had reservations for someone before they passed.

If it wasn’t so sad, I’d be laughing.

Frankly, I was confused and irritated. Only  much later, when I finally knew that my mother had Alzheimer’s, did I learn that she could no longer read the hands on a clock. No longer recall things she’d done a year ago.

Another very common early sign of Alzheimer’s, yet I knew nothing about Alzheimer’s on that day.

“Okay, okay. It will be fine, Mom.” I comforted her with an arm around her shoulder. “She’ll realize her mistake when she can’t  find a file for you. I’m sure she has you confused with someone else.”

We sat around a long Mahogany table and flipped pages in a binder, viewing floral arrangements in various color, size and price range. It was only minutes before the woman in blue returned. This time she shifted the weight of much smaller black leather books.

“These are the arrangements you pre-approved,” she said as she slid a ne folder in front of each of us. I glanced at Mom first, before flipping the cover on this new binder. Mom’s face pinched in a grimace.

The front cover opened and introduced the arrangements made by Mom and her husband.  All of the arrangements. The only thing missing was the dates of their death. I watched Mom as she squinted and frowned at the photo of their tombstone, the flowers with trailing stems, the sweet verse, their names and birth dates, all chosen more than a year before but totally unfamiliar to my mother.

The lady who had been a stranger said, “Remember how we pined over the correct verse to use. I really like it now. It does it still seem appropriate to you?” She smiled.

Mom shifted in her chair with a look of fright, then forced a smile and added, “Oh yes, that’s right. I do remember that.”

I wanted to shout! I could tell by the look in her eye, she remembered no such thing!

But I waited. When we got home I questioned and questioned her. My Mom

and Her husband had pre-planned their entire funerals and pre-paid the entire bill only a year before.  Yet, she hadn’t remembered a single thing about it, not even the lady who had worked with her through the arrangements.

As I think back, it was more warning, more missed early signs of Alzheimer’s. It wasn’t the only incident that would have me confused and scratching my head.  I could hardly speak as Mom denied ever being in the funeral home, then agreed that she had simply forgotten it. And there would be many many more confusing circumstances before I finally told the doctor about my mom’s memory problems.