You are here: Home / Archives for tell-time

Best Alzheimer’s Digital Clock Keeps Time for those with Dementia

Keeps Time for those with dementia.

Before my Mom’s Alzheimer’s diagnosis she lived alone and called me first thing every morning to ask the day and the time.

Actually, she often called 5 or 6 times in the morning to learn the day, date or time. I thought she was lonely and needed to hear my voice to feel better.

After awhile, it became a real nuisance. I loved my mother dearly but really… I knew mom had a big, colorful Cukoo Clock that crowed way too loudly every hour 24 times a day.

Now, that was a nuisance! But it announced the time–Loud and Clear. I couldn’t imagine why it didn’t catch her attention for day, date and time.

Now, as I look back, I can hardly believe that I was so annoyed that Mom would not take her medication on time. In hindsight, if she couldn’t remember what day it was or what year it was or never knew what time it was, how could she possibly remember whether she’d taken her pills on time?

, but often forgets how to read a calendar

or the round face on a clock with hands.

Folks with Alzheimer’s dementia lose their “sense of time” in general and the hands on a clock are totally useless. A digital clock

, referred to as the Alzheimer’s Clock

, tells them the time in a simple way. There is no determining the time yourself, like with hands on the face of a clock. A digital clock is a simple Numbered Clock. Or, Alzheimer’s Clock

Mom would suppose that the 6th day of the month on the calendar referred to the 6th month of the year. If it was the 10th of January, Mom would point to the 10 on the calendar and ask, “So it’s October now?” Numbers, Dates, Calendars all caused colossal confusion for Mom. A standard calendar became useless.

It was easier for Mom to call and ask the day, date and time every morning! than to struggle with numbers circling around on the wall.

Once I understood that she could no longer use a calendar or read the hands on a clock, all of our confusing conversations about day, date and time finally made sense. Regrettably, this didn’t occur until Mom finally came to live with us. Mom gets a Watch that can Really Tell Time!

Since some of you have the same issue with your loved one, I’ve had many requests for digital calendars and clocks and watches without hands, so your loved one can keep time! 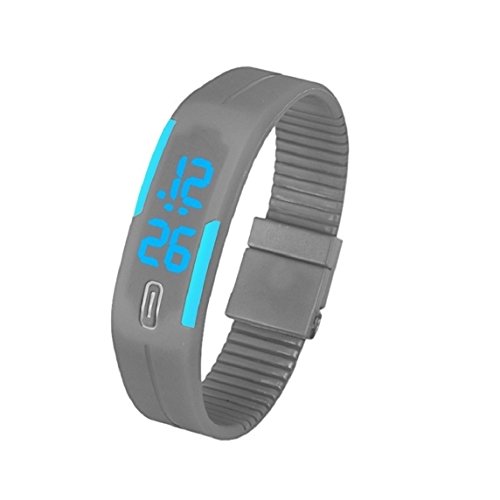 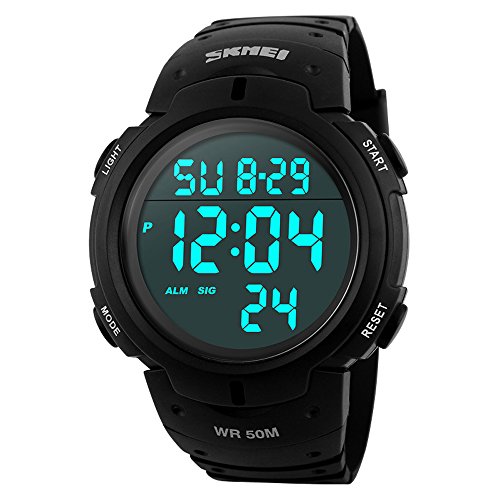 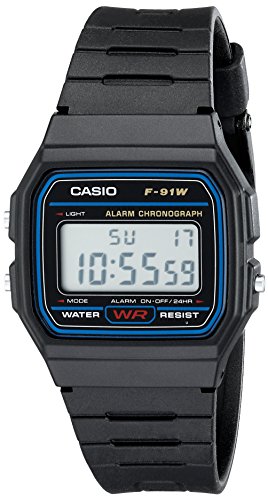 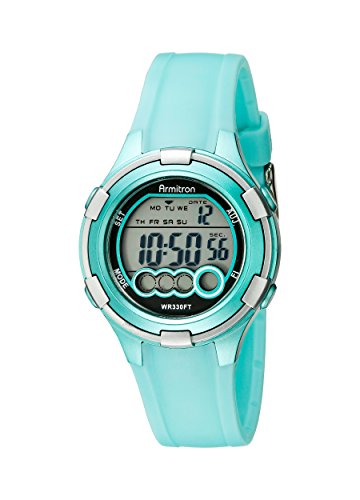 For as long as I can remember, my Mom always wore a wrist watch

. They would be small, white-gold, and suited her personality.

Shortly after her diagnosis with Alzheimers, she began to complain that her watch could not tell time. It appeared to be working fine. Still, she complained. For weeks, we had a running battle over watches.

A quick stop to purchase a new watch-battery was included in every shopping trip. Mom saved everything and to my dismay, she resurrected an old cigar box that guarded the bodies of  a dozen old watches

Her time-pieces from a lifetime, I imagine. Eventually, they had all been dressed with new batteries, cleaned where necessary and wound till their innards ticked heartily. Still–Mom swore they were broken and she could not read the hands on a clock.

Not a single watch in that box could tell time, she told me. Truthfully, I was baffled. Why would all of her watches stop working at the exact same time?

After checking them all, I struggled to convince her that none of the bundle were broken but all were working/and ticking the minutes away. She would still argue that they did Not!

Working on Mom’s watches, changing batteries, setting and re-setting, snuggling near her ear to test for ticking became every afternoon’s activity.

Finally, in desperation I think, my daughter bought Mom a gorgeous new watch

for Christmas and I was thrilled. Surely, now, the watch battle would end.

Only days after receiving her brand new watch, Mom was complaining again–“This watch can’t tell time, either.” Determined to get to the bottom of this mystery, I sat down with Mom and her brand new Christmas watch.

Though we tried wind-up watches, battery watches and self-winding watches, Mom’s complaint remained the same.  None of them could tell time. I showed Mom the hands on the watch, emphasized how the second-hand jumped with each tick. Mom’s only reply was, “Well, how am I suppose to know what jumping hands mean? Jumping around from number to number, that doesn’t help me know the time! I want a watch like yours. Your watch can tell time.”

I looked down at my own wrist, my digital watch

with the time displayed in bold neon-green numbers! assuring Mom that her watch displayed the same time as mine.

–>> I could hardly stop laughing long enough to trade watches<<–

It had never entered my mind that Mom might have lost the concept of reading the hands on the face of a clock, but she had. And I’m sure it was totally confusing and frustrating for her. She didn’t know what she’d forgotten, she only knew her watch no longer told time. But she certainly couldn’t explain the problem because she didn’t understand it herself. Sometimes, it requires time and thought and patience to decipher what is happening through their eyes.

I have since learned that the “clock test“ is often given by physicians fairly early into symptoms of dementia. They draw a circle on a piece of paper, and ask their patient to add the numbers as the face of a clock, and then set the hands to a particular time. Generally, an Alzheimer’s patient or someone suffering with dementia is unable to do this test. The part of their brain that reasons in that manner is damaged. They can no longer reach the face of a clock or understand the positioning of the hand to create a time.

I did try the test with Mom afterward, and she had no clue where to put the numbers on the round circle that I drew to form the face of a clock.

The Clock Test – Can the Alzheimer’s patient tell time?

Watches, Clocks and Calendars too!

Give your loved one a watch or Clock that can really tell time!

The Clock Test for those with Dementia

As the person Alzheimer’s Dementia nears middle to late stage, they are no longer able to read the hands on a clock and understand how to tell time. I’ve listed several Digital Watches and Digital Clocks which enables them to tell time more easily for a short while.

Eventually, the person with dementia will lose their sense of time and be confused by Clocks, Calendars and daytime or dark.

One of the earliest tests for signs and symptoms of Alzheimer’s and Dementia is the clock test.

If someone with Alzheimer’s is given a piece of paper and asked to draw the face of a clock, setting the time to 3:30 pm (for example.) Generally, they will become very confused trying to add hands to the round face of the clock and find it near impossible to set the hands to a particular time.

The younger folks probably remember the school days when they learned to tell time. It isn’t something easily remembered at first. I don’t remember learning to tell time myself,  but I do remember trying to teach my children to do it, and it’s no easy task.

Yet, we do it over our entire lifetime and it seems quite impossible that some could forget how to read the hands on a clock, but indeed, those with dementia will eventually forget how it’s done.

My Mom carried a little zipper purse with all her watches inside. BROKEN. None of them kept time she said, until she finally told me she wanted to trade one of hers for mine. My wrist watch was digital and she could read it just fine.

I was so happy to finally understand this mystery! Why my Mom could not tell time.

The watch above has a sporty style and rugged durability for your daily exercise regimen or other time keeping needs. It has a small-size  Timex Sports digital watch. It has a round silver and sky blue resin case with a comfortable, sky blue and white cloth strap. 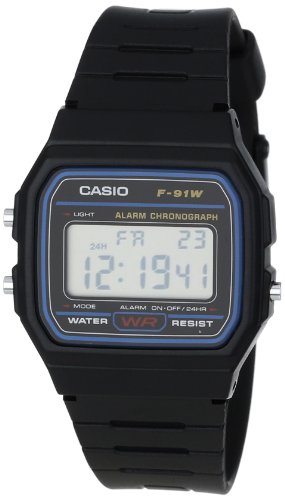 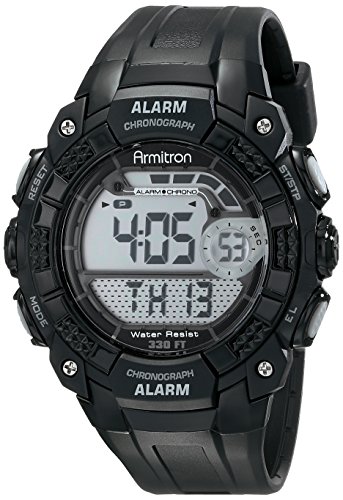 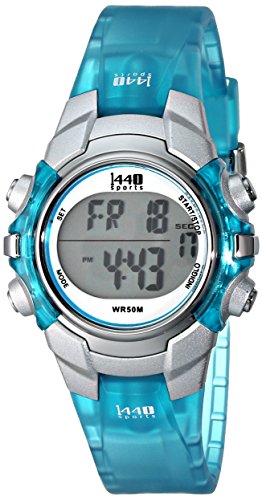 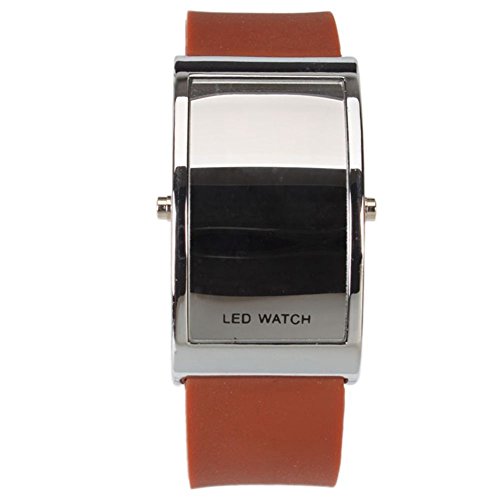 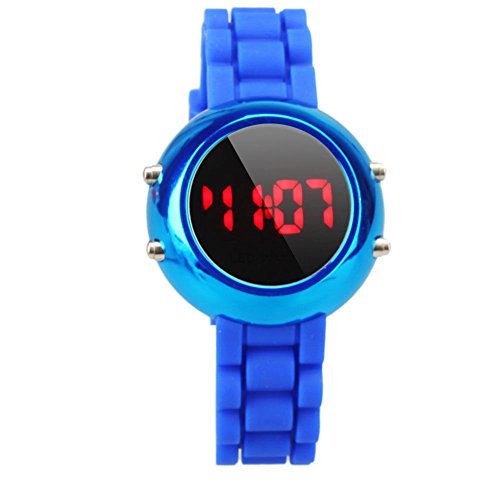