You are here: Home / Archives for recall

How Long is Short Term Memory

While my Mom still lived in her own home, except for  weekends spent with us, I had a plan.

issues but had no idea of the limits or how long short-term memory lasts. Just how far back did her memory go?

She knew who I was. She knew my brothers. Sure, occasionally she forget where she’d been the day before, but her memory wasn’t that bad. Not yet, I thought. She could still live alone as long as I checked on her every day.

Mom never wanted to see a nursing home, she’d said, and I would never have the heart to force her. Secretly, I was hoping she’d never get that bad.  For now we were handling issues as they arose. And this weekend with us would actually be an experiment

. We had added a few days and extended Mom’s weekend “sleep-over” to a 2 week stint. We were trying to prepare her gently for the day she would come to live with us permanently.

Hubby and my Mom always got along, no friction there. He is a Texas boy and loved nothing better than a vegetable garden. Mom was an Oklahoma girl and thought growing tomatoes was about as happy as one could get.

So I began to plan for the day when Mom moved in with all her belongings. Mom loved Solitaire

and I had a home-based business which consisted of many hours of computer-time. Generally, Hubby and I sat side by side on networked computers, which I thought would suit my plan for Mom and me just fine.

When Mom arrived for her extended weekend visit, I decided to give my plan for her future “memory-care” a test drive.

I sat in front of my wide-screen Dell

, while Mom grinned in front of the older, smaller HP like she was ready to test drive a new Cadillac. It was her first time on a computer and she was excited.

Mom would never be computer literate, I knew that. But she was smart, a quick learner and she’d retired from an electronics firm 15 years earlier. How hard could it be to teach her to point and click

. Evenings as a child found Mom’s family gathered around the wood table grandpa built for long games of Canasta, Gin Rummy or Pitch. When I was a child I begged her to teach me how to play that game with cards laid down in rows of seven.

and knew 15 ways to play it. Now, she was about to learn Computer Solitaire. Old memories die hard, I was hoping proved true in this case.

Mom smiled at me, then turned to face the screen in front of her, colorful cards blinking. Her eyes were as bright and blue as they’d ever been and I could see the excitement as she waited for intstructions. No sign of aging or the weakness that affected her brain. Her hair was still blond (though she’d long forgotten that it had always come from a bottle) and a fresh perm curled it gently around her face.

I watched her mouth drop open first, then her eyes widened before she exclaimed, “That’s Solitaire!” with a gentle finger touching the screen. “Oh my goodness, maybe I like computers after all,” she was giggling.

I was thrilled. My plan was going to work. I knew it would. She could play solitaire — and I could do my work, side by side, without incident. No Nursing Home for MY Mother! Her short-term memory was still intact. She recognized the faces, the cards, the game–even while framed on a  foreign screen.

I placed her hand over the mouse, did a quick rundown of instructions and let her try it on her own. She used the drag and drop perfectly, picked it up like a pro. I was so thrilled I could squeal, while Mom and I were both giggling.  I had tried previously to measure her short-term memory loss, but was never certain how long it lasted. Previously, she’d forgotten my words in mere seconds. But this seemed different somehow. “You should have told me computers were this much fun. I would have bought one a long time ago.” Mom said through pleasant laughter.

That had created a slight bolt of contention between us at one time. I had begged Mom to buy a computer for years, to stay in touch with her grandchildren and relatives back east, to play card games when she was bored, and to join message boards for the elderly or retired which I knew she would love. Especially now, post Alzheimer’s, I thought the computer idea might have helped retain more of her short term memory, the first thing to go when it comes to Alzheimer’s or dementia

Mom had always been the friendly, greeter-type person. She’d never leave anyone in the corner alone but urge them into the fray. A people person, for sure! I laughed. It was joyful to see her having so much fun. She’d been more than a little depressed lately at her lapses of memory.

“I told you,” I said. “I knew you’d enjoy the Solitaire game for sure.”

Mom was loving this, without looking away once, she had  moved many of the cards around the screen and almost beat computer Solitaire! We were both laughing at her new found dexterity with a computer mouse! Plus, I had been right all along. We could spend many happy hours after she came to live with me sitting side by side at the computers.

I thought of all the places and things I could show her on the computer, and could only imagine all the hours she would spend exploring an entirely new world for her. I was so glad I had planned ahead, thought of ways we could both occupy our time when she came to live with us permanently.

Mom stopped for a moment and turned her chair to face me. “What are you doing?” she wanted to know.

I explained about my job and the work I processed on the screen. She scooted closer and listened intently, nodding and bobbing her blond curls. I was beside myself with pleasure. Mom had never taken much interest in my home-based business, so my plan was already bringing additional benefits I hadn’t foreseen. She was really interested in what I was doing…

Then, suddenly Mom squealed loudly! and I jumped out of my congratulatory reverie about my super-duper plan. “What?” I turned to her, puzzled.

Mom was bouncing up and down in her chair like a five year old child, pointing at the computer screen, she could hardly speak. Her face filled with the glee and delight of a little child and a new toy. “Look at this…look at this…” She was pointing at the screen, shaking my arm, and breathless she exclaimed, “Just lookie here –I have solitaire on my screen! How did that get there? Can you teach me how to play it?”

My jaw dropped as I suddenly realized …………….I needed a new plan.

for the Alzheimer’s Patient. Though they are no longer able to remember “rules of play” for card games, they often remember how to count and like the pleasure of shuffling and sorting and stacking cards in numerical order.

A Long Absence may erase you from Memory

I first began to notice odd behavior in the year before Mom’s second husband passed away. It was nothing outrageous or ominous that pointed to Alzheimers, but Mom seemed to be forgetting folks she hadn’t seen in a few years. I took note, assessed it as a sign of aging and allowed the moment to pass. And I wasn’t reminded of those moments again until years later.

Back then, Mom and her hubby lived in an adult community kept busy by a flurry of activities. A coffee cliché every Tuesday, a pot-luck dinner on Friday nights, plenty of swim parties and other recreation as the population flourished through the winter months. During the summer, many of the homes sat empty, awaiting the arrival of the next winter’s “snowbirds.”

Snowbirds are a flock of Easterners who migrate to the Western states in the fall and stay till spring, abandoning winter months in their home-state for the sunshine of the West. Mom’s small community had many “regulars,” some had returned for a decade of winters

. The regular residents could hardly wait for the snowbirds arrival each spring, when the enthusiasm of the community was back in full swing. Most had been friends for many years.

. Dottie was a widow about the same age as mom and a snowbird who lived in Wisconsin and wintered in Arizona for as long as mom had lived there.

Dottie’s home sat next door to Mom’s, and mom took pleasure in tending Dottie’s yard and garden while Dottie was back East in the fall.

Mom would miss Dottie dearly every spring when Dottie flew home to her own family and wait eagerly for her return in the fall. Both widows now, they were inseparable through the winter months.

“What are you pretty ladies doing this morning?” I asked as I sat down between them on an early morning visit to see Mom. “Are you glad to be back, Dottie?” Dottie had only arrived the day before.

“Mom sure misses you,” I told her. Dottie smiled and Mom frowned at me like my hair was on fire. I frowned right back.

“I miss your mom too,” Dottie reached over and squeezed Mom’s hand as she stood and excused herself. “I still have to unpack. I’ll see you gals later.” She smiled, waved and headed next door.

“What was that about?” I asked Mom.

“What?” she pretended to misunderstand.

“That “look” you gave me when I told Dottie you missed her every year. You do miss her, don’t you?”

Mom frowned and leaned forward, speaking for my ears only. “I hardly know that woman and she’s been sitting here for 2 hours. I ran out of things to say…”

I was so astounded by what she’d said, I didn’t know quite how to respond. I stayed silent instead but Mom’s words rang in my ears all the way home.

It was one of those moments in time when you can only scratch your head and say “what just happened?”  I was haunted by this little, insignificant incident long after I went home and for weeks to come. I never truly understood what happened that day until many years later when Mom was finally diagnosed with Alzheimers.

Then I finally understood that the many months Dottie had been away had darkened Mom’s memory of her. And as Alzheimer’s advanced, I noticed those same lights went out for many of Mom’s immediate friends and family members. I also noticed a direct correlation between her memory and how recently she had spent time with each person.

In the case of Alzheimers, “Absence does not make the heart grow fonder, but a long absence can erase you from their memory entirely.” Stay in touch with your loved one who has dementia. Prolong your memory in their mind for as long as you can.

If a loved one or family member lives faraway – Digital photo

frames are a great way to keep yourself fresh in their mind! A great gift idea for those with memory problems or early dementia–

Mom complained for weeks about my taking her car away. When I finally removed the Photo of her car from her dresser, she finally began to forget the darn thing…. 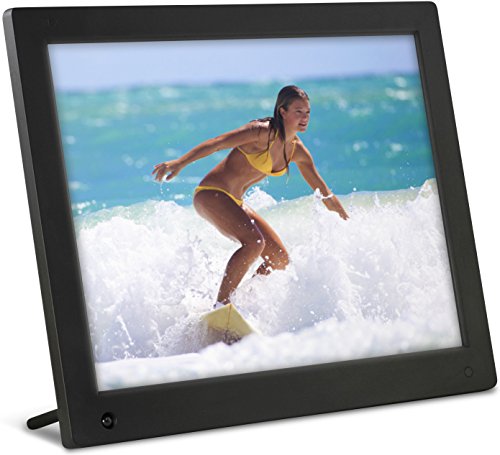 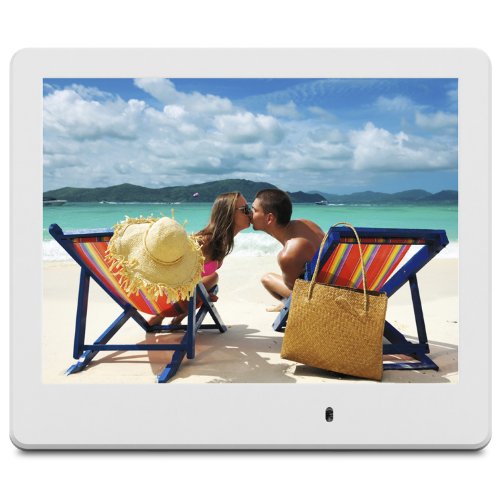 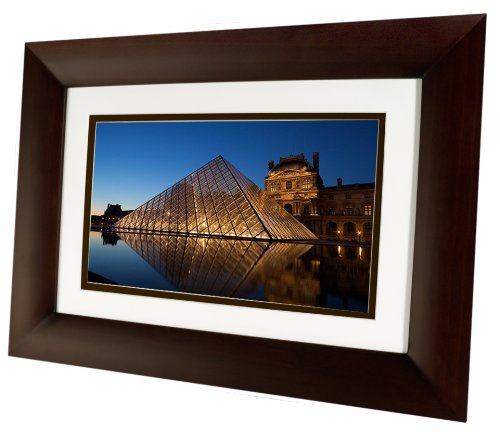 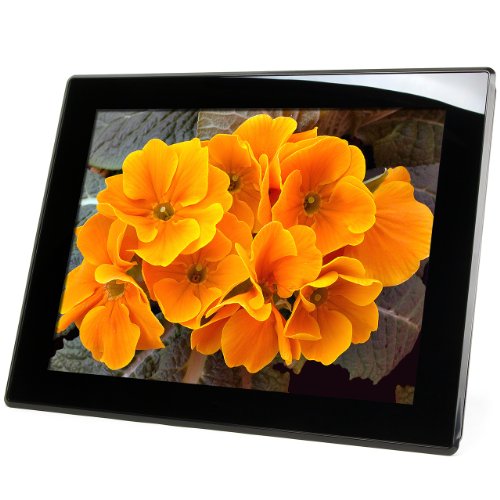 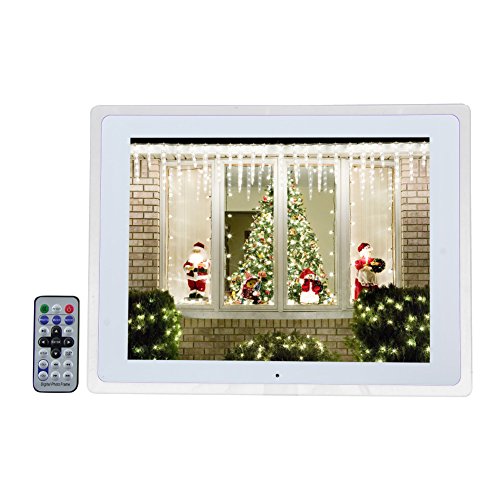 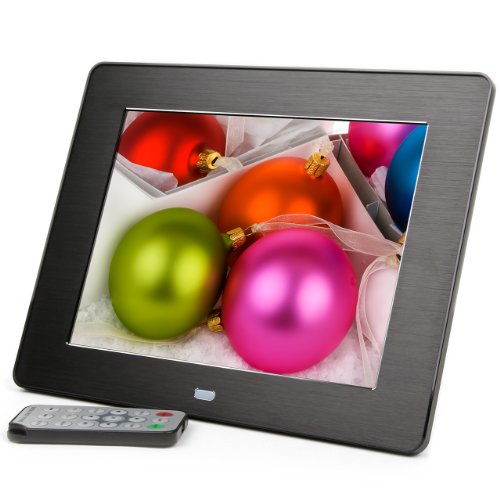