You are here: Home / Archives for forget mom

Will Mom forget me?

That’s a question many folks with elderly parents face as Alzheimer’s looms in the future for many of them.

Sometimes I find myself thinking about the final weeks and months of my mother’s battle with Alzheimer’s. Despite all that we’d been through during our lifetime of  Alzheimer’s, this became one of my biggest fears.

During this week of reminiscing about Mom–I’m including a repeat of a previous post discussing the fear that we all have if our mother has been diagnosed with Alzheimer’s.

“Will Mom forget me?”

My biggest fear when Mom was diagnosed with Alzheimer’s was that she would forget me. I didn’t think I could bear to see her eyes hollow, void of memory about me, her only daughter. Could I watch as she forgot the love we’d shared for all of my life. I thought I would surely die from a broken heart, myself, if her diagnosis of Alzheimer’s broke the bond between us.

Unless you’ve dealt with Alzheimer’s yourself, the emotional pain and fear of losing contact with a mother, father, child or other endeared loved one while they’re still living is unimaginable. Soon after Mom’s diagnosis, I vowed to make such an impact on her life that she could never forget me. No matter what stage of Alzheimer’s, I’d force her to remember me. Of course that’s totally unrealistic but I thought it all the same.

In the beginning, we talked for hours, shared photos and stories. Mom happily reminisced about her grandparents, that I never knew; and my grandparents who had been gone for many decades. Like an impenetrable wall, we buried old memories beneath layer after layer of brand new memories that would surely withstand the onslaught of Alzheimer’s. We denied the inevitable, until the passage of time forced us back to reality.

Mom raged when it came time to take her car away. She had promised not to, she had sworn the disease would not overtake her common-sense. But cognitive decline happens, no matter how hard you fight against it. And eventually I needed respite care as much as my mother did.

Yet Mom had not forgotten me, she kept that promise. She knew my name and cried out to me often. And I was grateful. The glint in her eye was familiar and “telling.” I was her daughter and she knew me.

The day she spoke of her own father and asked who my father had been, I was heartbroken for only a short while. She still called me her daughter and looked at me through eyes of love.

Yet, as she used the word “daughter,” I noted a different meaning, somehow. She spoke as though I was one of many, as though I was not her only daughter. To Mom, there were many “daughters,” daughters who often visited the Group-Home where mom now lived. Almost every resident had their own personal “daughter.” And Mom had one too–me.

The “daughter’s” were kind souls who massaged the resident’s hands and feet with lotion, clipped  toe nails without nicks, brought new clothes, gifts and goodies on special occasions, and sweet things to eat almost daily. Each resident loved their “daughter” as much as Mom loved me.

The full impact of my disappearing identity finally settled-in when Mom began to ask new questions about my heritage; who were my parents? where was I born? where did I grow up? All things she had remembered well only the year before. She did not know now.

I was her first born, her only daughter. She could not forget me– But she had.

Mom’s condition progressed until her eyes dimmed, happiness fading to a questioning stare on most days— before I began to accept the truth. The horrible thing that I had denied for so long.

Some days Mom smiled broadly when I came into her room. Her eyes lit up as though she really knew me. In fact she still told her friends I was her “daughter.”

She told them I was always there for her. She said I was the nice lady who brought her coffee when the nurses refused. Who held her hands when they were cold and shaking. She remembered that I brought wide elastic bandages for her arthritic knee because the doctor refused to treat it any longer.

Mom forgot the meaning of the word “daughter,” but she did not forget me!

She remembered me until the night she passed away.

Do you have a loved one diagnosed with Alzheimer’s? What is your biggest fear? 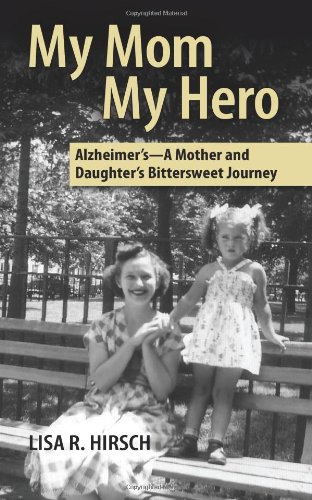 It’s a difficult time when a parent has Alzheimer’s Dementia, or any dementia. We often worry if they will forget us and it’s a very disheartening feeling. Yet, we can adjust and know that they do love us in every way that they are able. 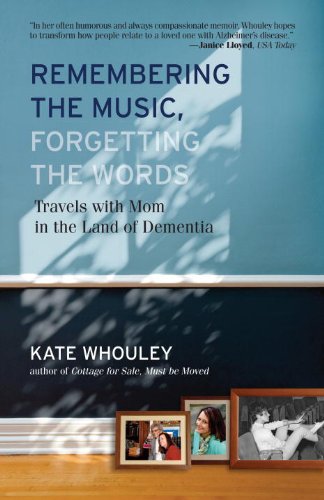 Remembering the Music, Forgetting the Words: Travels with Mom in the Land of DementiaMore info 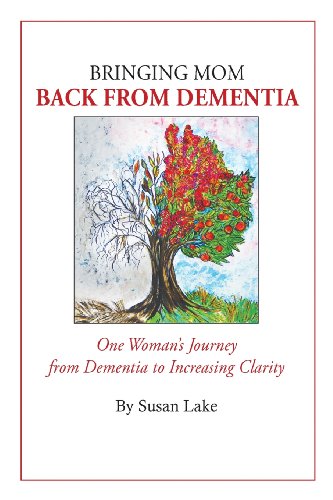 Bringing Mom Back From Dementia: One Woman’s Journey from Dementia to Increasing ClarityMore info 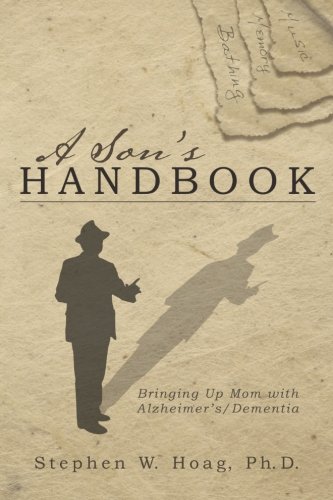 A Son’s Handbook: Bringing Up Mom with Alzheimer’s/DementiaMore info