You are here: Home / Archives for Forget me not

If you have Alzheimer’s dementia, there’s a group waiting for you

Rick Phelps was diagnosed with EOAD (Early-Onset Alzheimer Disease) a couple years ago. Instead of fading away with this disease, Rick has done something very different. Rick has decided to make videos and record the affects of this disease on him and, perhaps, bring awareness and education

about Alzheimer’s and EOAD to other people and their families.

Rick is not a physician nor does he recommend any particular treatment for others. He is a person with Early On-Set Alzheimer’s who is documenting his own progress to bring awareness to others in the hopes of bringing more research to find a cure for Alzheimer’s.

He can be contacted at his Website, “Living with Alzheimer’s.” A website dedicated to the ongoing battle that people

fight everyday with Alzheimer’s. The website will chronicle the life of Rick Phelps thru daily videos that he is making to bring more light to the fight against Alzheimer’s. Some of Rick’s Videos can also be viewed at this website: Rick’s Videos You might also Search YouTube for more of Rick’s Daily Videos.

Rick has also begun multiple Private Facebook groups, the main group being Memory People™ along with a few others intended to benefit caregivers and teenagers with loved ones who have Alzheimer’s. Rick believes that Alzheimer’s is not only a patients disease but a caregivers

disease as well. He hopes to bring more awareness to Alzheimer’s and Dementia so that more funding will be aimed toward research for better maintenance medication and some day a cure.

If you’d like to join Memory People™ send a Friend Request to Rick Phelps at Facebook. Or–

-You can type “Memory People” into the Facebook search bar. Memory People Group will pop up, and you can read about the group.  -Then click on “Join Group” and a notification will go out to one of the admins. You will then be added to the group. A few words from Rick Phelps! 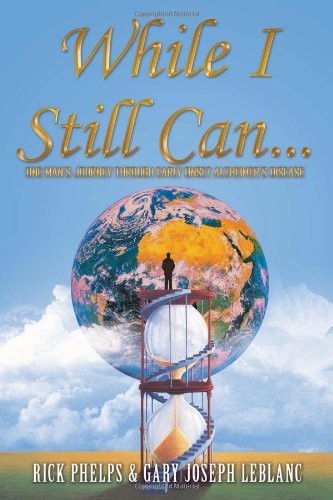 By Rick Phelps While I Still Can…