You are here: Home / Archives for does nurrsing staff steal

On one visit after Mom moved to the “Nursing Home” where she resided for the last two years of her life, she complained that the staff was going through her things.

She complained of them stealing snacks

and treats from the supply Mom had squirreled away in a dresser drawer. Mom loved snacks. It could be sweet, salty, crunchy or chocolate,  but Mom’s all time favorite was popcorn. And she had plenty of that in a bottom drawer of her bureau–or the top drawer, or the cabinet beneath the bathroom sink, or in a box beneath the bed.

“Mom,” I tried to soothe her. “I can’t believe they would steal food. You have things in this room a lot more valuable than food–” she stopped me with a defiantly raised hand.

“I knew you wouldn’t believe me, but it’s true. They’re thieves. They’re stealing my snacks. I know they are, I caught them. I pretended to be a sleep but saw them through the crack of my eye. They were rummaging through all my dresser drawers

.” She crossed her arms over her chest. “Probably stole a lot more than snacks…if the truth be known. But you don’t care!” She was adamant and grew angrier by the minute.

As I saw Mom’s anger rise, I realized I’d forgotten my own golden rule. Never Argue! I calmed myself first, then convinced Mom I would investigate her complaint.

Without searching, I already knew why her food had disappeared

. We’d had this same discussion many times in the last few weeks. It was always the same, Mom would forget to put the blue zippered tote, with her snacks inside, back into the bottom drawer where they’d always been stored in the past.

Sometimes the tote was shoved under her bed, thrown on top of the shelf in the bathroom, stuffed into the linen closet and last week she’d left it in her friend’s room after the two of them  decided to have a tea party there.

Before arguing any further, I reminded myself of something I’d learned shortly after Mom was first diagnosed with Alzheimer’s. No matter how suspicious or paranoid the patient may seem, all accusations made by the patient should be taken seriously and investigated.

When the illness of dementia does its work on the brain, all kinds of delusions or distortions can occur for the person with  dementi

a. Sometimes, it becomes too easy to dismiss anything they say as another symptom of paranoia or delusion from Alzheimer’s.

All of these thoughts and feelings–no matter how bizarre they may seem to us, are real to the patient

. You must keep that in mind when trying to comfort them. If you try to argue or dissuade them from such thinking, it will only incite agitation and anger for them. And it could create a catastrophic event as they are unable to control their anger.

Without actually agreeing with them, you might offer the promise to investigate their complaint. Simply agreeing to investigate will generally soothe their fears. This is not to say that soothing them one time will end the irrationality. They may project the same bizarre behavior many times and each time, you must handle it the same way. With love and compassion

and a promise to investigate. I know, sometimes we feel silly when we’ve said the same thing 20 times. But–they don’t remember you’ve told them 20 times before, they only remember “right now.”

As I began the search for Mom’s missing food, I was reminded of one of her friends, Mary. Mary lived at the “Group Home” also, but went home with her son on monthly visits.  Mary had complained to all of us that her son was mean when she visited his home. Since Mary believed that her son was actually her father, we didn’t put much faith in her words that he mistreated her when she made these visits to his home.

Thankfully, the “Group Home” administrator decided to investigate and contacted Adult Services in our city. We learned later that, indeed, Mary’s son had been abusing her on the trips to his home.  Despite the brain damage, don’t assume that everything someone with Dementia or Alzheimer’s says is delusional. Always investigate

Finally, my own investigation brought me to Mom’s TV stand. I swung the door open and there was her bright blue, canvas tote. Mom’s eyes opened wide. “You found my snacks!” She was so excited, she scooped up the tote and kept the handle looped over her wrist for the rest of my visit.

I was delighted to find her snack tote– Yet, I had my own sneaky suspicion I’d be searching for that bag again in a couple days. 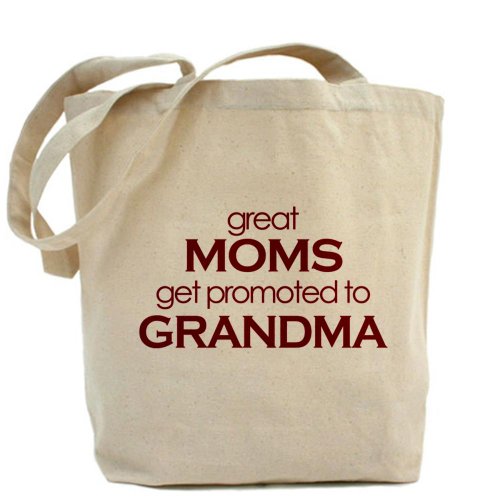 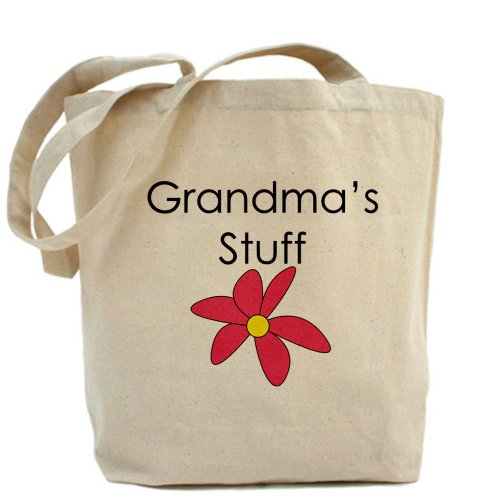 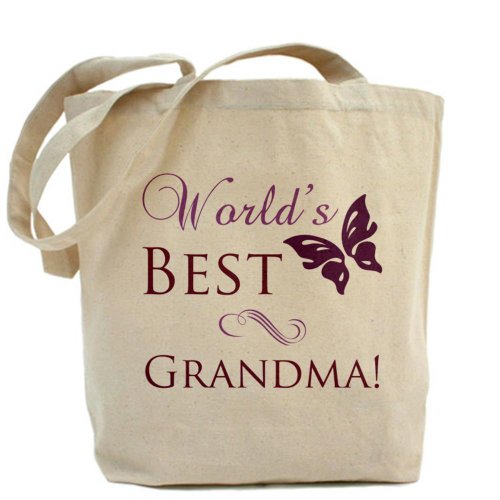 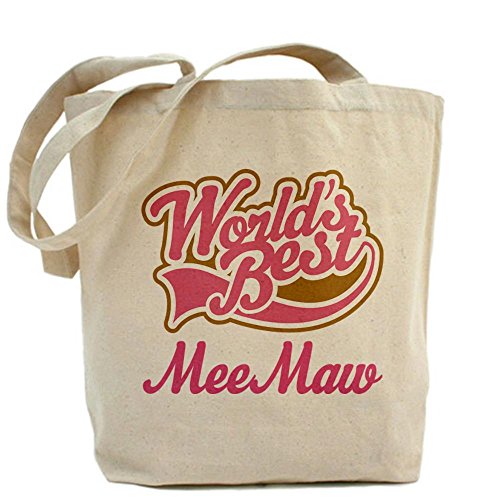 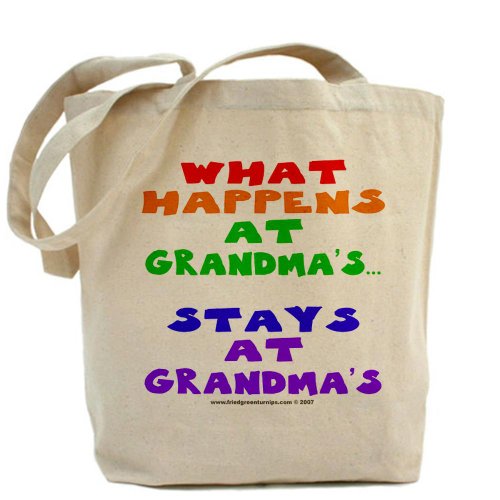 Below are some reasonably priced totes and Bags if your Mom or Dad like to carry things around.

My Mom sure did. Her handbag was on her wrist at all times. 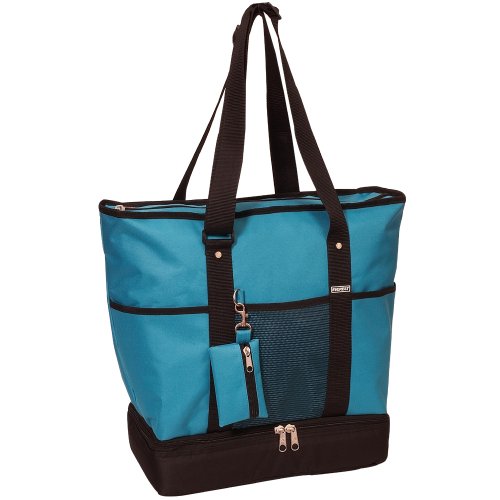 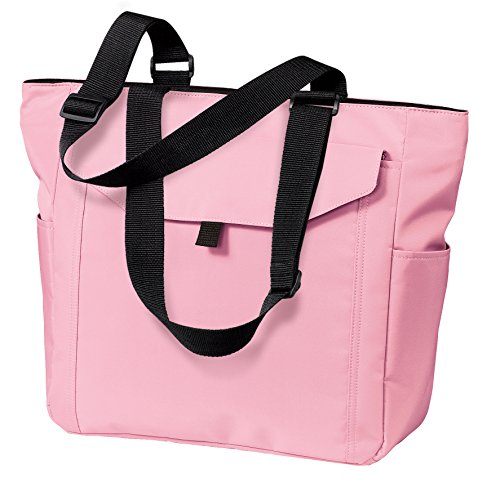 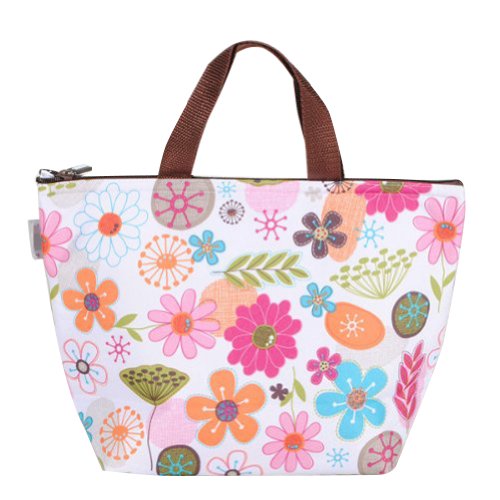 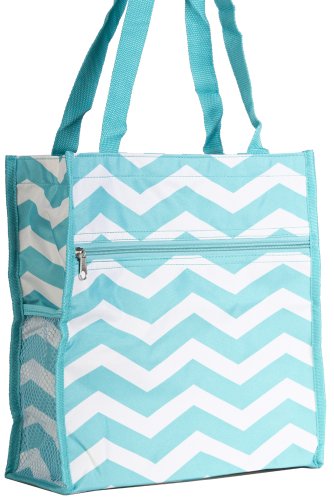 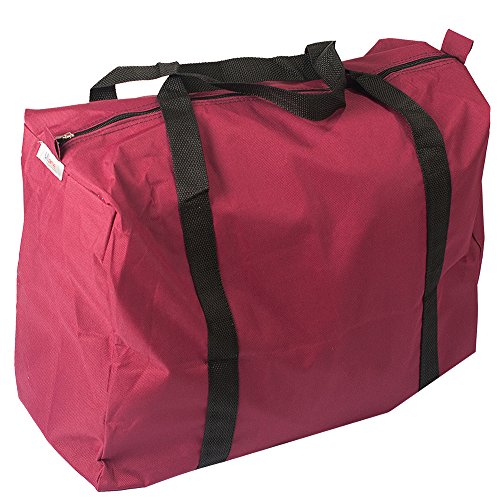 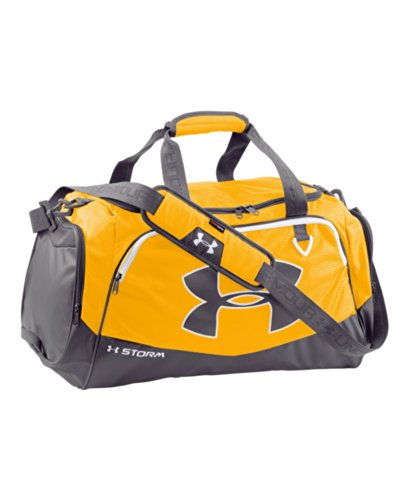