You are here: Home / Archives for blanket 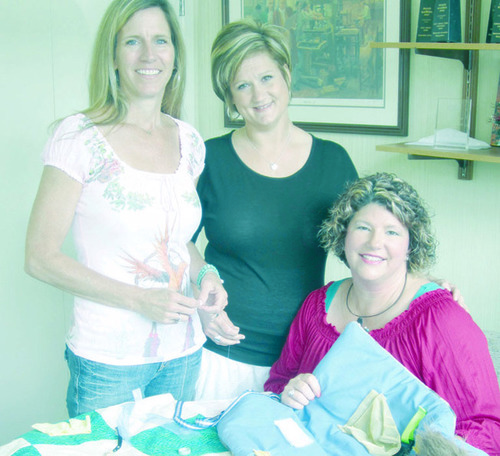 A Fidget Quilt for Dementia

As children are often calmed by their favorite toy or blanket, a person with Alzheimer’s dementia or other Memory Loss may also be soothed by a Dementia Fidget Quilt

Often, during later stages of dementia, their hands fidget as though agitated or searching for something to hold. The person with dementia may pull on their clothing or bedding, rubbing their hands up and down.

I remember Mom rubbing her hands constantly, twisting and wringing them, balling them up in her lap, then with open palms she’d rub them up and down the front of her slacks. I wish I had known about the Fidget Quilt back then.

Mom often carried an old purse. The inside was stuffed with a few of her favorite things; buttons, yarn, beads, a coin purse with quarters, nickels and pennies. Whatever small object she found and liked to touch, went right into her purse

. She could sit for an hour and roll those coins around between her fingers.

Toting a purse around the house isn’t an activity that we would normally think of for an elderly person with memory loss, but it’s something that actually soothes some of the people with dementia. Whether it be an old purse or a Fidget Quilt for dementia

, it keeps their hands busy.

The Fidget Blanket has pockets and zippers and buttons, and can keep their hands busy for hours. They can be large to lay across their lap or as small as needed.

It sort of reminds me of my children’s favorite Blankie. When my daughter was young, she refused to gives her up. The only thing I could think to do was to continually make it smaller. So I began to cut a 2″ strip from the outer edge on a weekly basis.

Eventually, that old raggedy blanket was not much larger than a napkin but my daughter still carried it around pushed up to her cheek for several months.

Have you found an activity that helps your loved one with fidgeting hands? Or have an experience with the Fidget Blanket. We’d love to hear about it and share with others hoping to find a way to soothe their loved one.

I found this Twiddle Kitty on Amazon,  a sweet substitute if you aren’t a seamstress: Beads, zippers, buttons, ties and pockets! My Mom crocheted and could stay busy for hours crocheting round circles for hot pads. She longer remembered how to make the intricate things she’d done in her youth, but she did make gorgeous hot pads.

Besides the Twiddle Kitty, Amazon also has the Adult Activity Apron. This might be a great help to keep fingers busy,