You are here: Home / Care Tips / Smoking Linked to Alzheimer’s Dementia – Can the person with Alzheimer’s Stop Smoking?

Yet another reason to set a QUIT DAY for smokers

Scientists at the University of Eastern Finland at Kuopio University Hospital, analyzed data from 21,123 members of a health care system who took part in a survey between 1978 and 1985, when they were between ages 50 and 60. Diagnoses of dementia, Alzheimer’s disease, and vascular dementia were tracked from Jan. 1, 1994, when the participants were 71.6 years old, on average, through July 31, 2008.

About one-quarter of the group, or 5,367, had dementia, including 1,136 with Alzheimer’s disease and 416 with vascular dementia. Researchers say that people who smoked more than two packs of cigarettes a day in middle age had an elevated risk of dementia overall and also of each subtype, Alzheimer’s and vascular dementia, compared with nonsmokers.

Researchers concluded that pack-a-day smokers were 37 percent more likely than nonsmokers to develop dementia, and the risks went up sharply with increased smoking; 44 percent for one to two packs a day; and twice the risk for more than two packs.

An author, Dr. Rachel A. Whitmer, an epidemiologist with the Kaiser Permanente Division of Research in Oakland, Calif., said, “the study offered a silver lining: unlike age and family history, this is one risk factor for dementia that can be changed.”

People can quit smoking. It is difficult, especially if you’re a long-time smoker. But it can be done and there are more tools to assist in your effort to quit smoking than ever before.

Most major hospitals offer meetings for Stop-Smoking Support Groups. Your doctor may have a list also. And there may be such groups online. Before you start to Quit– Have a plan, the American Lung Association also offers free Instruction Kits to help you quit smoking.

I understand that it’s extremely difficult to cope with the dementia or Alzheimer’s patient who smokes. Some patients have smoked for so many years that the habit remains stamped in their memory despite all else that they’ve forgotten.

Besides the health issues involved, the fear of a casually discarded cigarette and ensuing house-fire can be terrifying.

My mom was never a smoker but I had a friend whose father never forgot his addiction to cigarettes as he progressed through all the stages of Alzheimer’s. The sad part for him was that he would forget he had just smoked before he wanted another, over time he became a chain smoker demanding a cigarettes at all hours.

It was a sad and traumatic experience for his daughter who became his only caregiver and feared the battle of trying to wean him from smoking.

Now, we have an alternative for smoking in the Electronic Cigarettes.  Not only does it provide an authentic smoking experience but it also eliminates the fear of a fire or flame.

One of the latest Alternatives to smoking is the Electronic Cigarette.

The Question is, Do Electronic Cigarettes help and are they Safe?

The battery operated cigarette provides an authentic smoking experience without fear of fire or flame.  Smoking the Electronic Cigarettes ends the harried caregiver’s worry about the casually discarded cigarette starting a fire.

The Electronic Cigarette is the alternative way to smoke without smoker’s breath or offensive smoke. Non-intrusive to others since there is no smoke but only a vapor.

Cheaper than cigarettes, the Electronic Cigarette provides a safe alternative for the person with Alzheimer’s or Dementia who has been previously unable to stop smoking. The amount of nicotine can be lowered gradually so the “need” for a cigarette will eventually cease altogether. 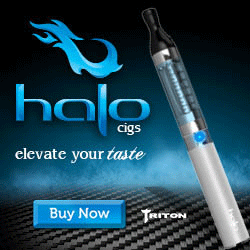 You may check with your loved one’s own physician before trying the Electronic Cigarette. A physician would know more about the safety of E-Cigarettes for your loved one and could offer more alternatives to help as they stop smoking.